WELCOME TO THE PURPLE PAM FOUNDATION

in Memory of Pam - Missing U

Stories and Post about Pam from Family and Friends 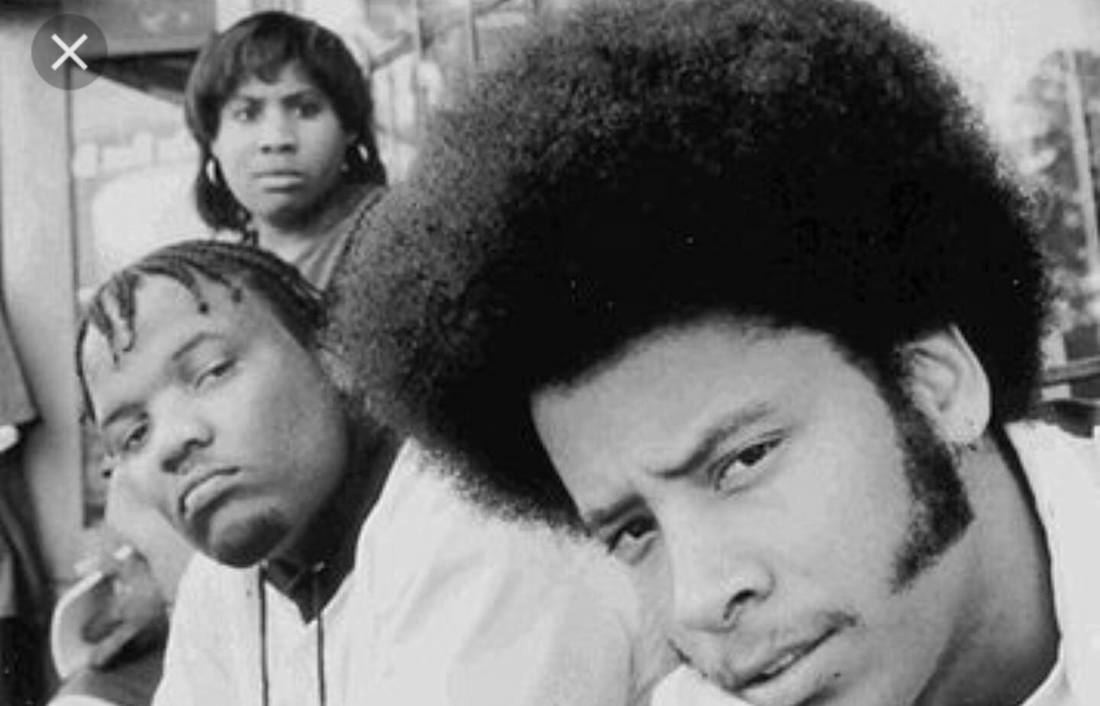 Pam was a very tough woman. She did a lot to put that out there. She always greeted me in one of two ways. Most frequent was something that should be spelled “What’s up with you, boy?” but actually should be read “Wsupwitchabwaaunngh!” The second was something that only two people in my life can get away with: “Booty!” She was tough in a very jovial way- always had a joke or something that made it seem like it was hard for things to pierce her emotionally. Like she was hard. And she was. But I knew her long enough to see that veneer melt into vulnerable tears. Two of those times were with cops threatening her. One of those times was with a cop’s gun inches from her head (told that story on The Moth). But a whole other time than that- maybe the first time- is worth a longer explanation. The Coup’s first tour was strictly a promo tour in 1993 to coincide with the release of our first album. We were on a label that didn’t know a lot about West Coast music. We hit about 50 cities to basically find out what record stores might be down to sell our record, put up our own posters and stickers, make our own in-store displays, and go to clubs to get DJs to play our record. If you remember seeing our stickers anywhere in the US in the early 90s- there was a good chance that we put them up ourselves. It was me, Pam, E-roc, and our road manager. At one point, near the end of our tour- on our way to Houston, a capping session (if you aren’t from the bay- bagging, dozens, friendly insults, whatever) broke out. I usually try to stay away from these things because I’m not good at it and I get my feelings hurt. But Pam and E-roc were going off on each other, and at some point, Pam, with her quick-witted tongue started in on the road manager. It should be said that I believe that Pam really liked our road manager on either a very high level of respect sort of way or even a flirty, attracted kind of way. After a couple of caps, the road manager said something like “Please stop capping on me, because I don’t want to start on you. I’ll make you cry.” Well, this was read as more of a taunt than a warning and the caps kept coming from Pam. And true to his word, this road manager came back saying some really vile things. Horrific, over the line, seeing right into her soul and stabbing her there kind of shit. He was relentless in a way that no forewarning that he did excused. E-roc and I stopped it, but not before Pam was balling her eyes out. I was 22 and really didn’t know how to correctly deal with this kind of thing. I went for a band-aid “make peace and apologize” kind of thing that really didn’t cut it. But Pam had her way of dealing with it. That night, we played at a club called Boomerang in Houston. Me and E-roc were at the front of the stage, rapping to the audience, when the music cut off abruptly with the record coming to a halt. Brrrngt! and then, into the mic we heard Pam yelling “That’s right, muthafucka!!!” I look back and Pam is looking offstage, stage left- where, out of sight of the audience, a man is holding a gun to the head of our road manager, says something, and then puts the gun away and walks away. Pam starts the music back- chka-chka-chka-chk! and me and E-roc try to regain control of our show. Later, we found out that the man with the gun was a relative of Pam’s who happened to live in Houston and the words that he said were something like “If you ever make Pam cry again, you gon’ see this again” Call it what you want. That was Pam the muthafuckin Funkstress.

One time we talked on the phone after one of her DMC battles in the early to mid 90s. This was the second time I heard her cry. But she had apparently done really well. Her problem was that she got into DJing for the community it promised, but when she won battles against dudes- she started getting the cold shoulder from not only the dudes she beat, but other dudes that were there as well. She said dudes that she wanted to respect her skills instead talked shit about her. This hurt her so much that she decided to stop battling and just do parties and Coup shows. She stopped battling and stopped practicing things that might win because she would rather have friends in the DJ world- which, at the time, was mainly male. So, although she remained an amazing DJ that blew people’s minds, was better than most out there, and doing those battle tricks gave her joy, she stopped putting energy into developing that side of herself because of what she labeled “politics”, but was just some insecure dudes not supporting an amazing artist because that artist didn’t have a dick. That, too, was Pam The Funkstress.

Being in The Coup has so far not been a lucrative endeavor- I’m talking sometimes-getting-lights-cut-off-and-receiving-food-stamps-not lucrative. But not for Pam- she never gave up what was at first a job as the cook at a place called Picadilly Catering which she eventually bought and ran herself. She was always on the go, always busy. There came a time when her business got to the point where it didn’t make financial sense to leave on tour with us. She was catering to tech company clients during the week, and often catering weddings on the weekend. On top of that, she had healthy DJ gigs lined up regularly. She tried leaving the business to someone while she toured with us for a short time and Picadilly almost folded. She wasn’t doing that again. Her not touring with us became her just doing local shows and the odd one-off festival gig with us (we had live music on our albums since day one, but started performing with live musicians in 1997). This was the beginning of the end of our musical relationship as schedules more and more conflicted and we adjusted our show for that.

We, like millions of people, shared a love of Prince. We talked once after she started DJing for him and it was as if she was living out her fantasy. She was so excited and hopeful. I enjoyed her recounting almost every moment of her interactions with him. She knew I enjoyed it, and she knew that I knew she enjoyed recounting them. Her knowing Prince was pretty much as good as me knowing Prince, as far I was concerned. Prince had renamed her Purple Pam. Whatever. Prince was a genius, my musical idol, and walks on water, but she won’t be Purple Pam to me.

When Prince died, she was so sad. We all were. Millions of us. I don’t think it’s a bad guess to think that her sadness wasn’t only for him and because she personally came to know him, but for her loss of this new life trajectory as well. Fuck. I’d feel that way too. The two times I talked to her during that time were at length and both times she was at least a few cocktails to the wind and the conversation started being disjointed. It was hitting her hard.

The last interaction I had with her was when we were filming Sorry To Bother You this summer. We were doing an intimate scene in which a couple of the actors were in varying levels of nudity and there was a closed set. The whole film crew couldn’t be up there during this time, just folks that actually needed to be there to hold something. Monitors were turned off etc. The point is to make sure actors feel and are safe during this kind of thing. It just so happened that Pam had a gig across the street at Somar and found out that it was my film and- unbeknownst to me- tried to come up during the shooting of this scene. Somehow, when folks turned her away, it made her think I personally turned her away and I was being uppity in some kind of way. I only know this because she said as much to the folks that turned her away. I tried calling her with no response. Texted her, explaining, with no response. I felt terrible.

Once I found out she was in the hospital, her family wasn’t letting folks talk to her. I understand that totally. If you’re dying, you probably want to keep it to close family. Time is precious and needs to be spent with those you feel closest to. I made her a video message at a time when things looked hopeful and she needed to fight. I didn’t say stuff that sounded like I thought it was the end. I’m told she saw it and smiled.

What I would have said was-
Pam, you are fucking amazing, you altered my life in so many wonderful ways, and I wish I had a way to show love to you, to sit back and enjoy you, more than I did. But maybe that’s it. That’s just the way we interacted with each other.
​
I miss you, Pam. 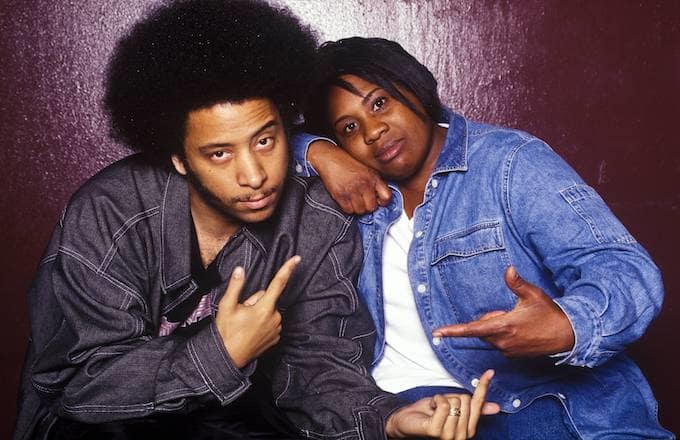 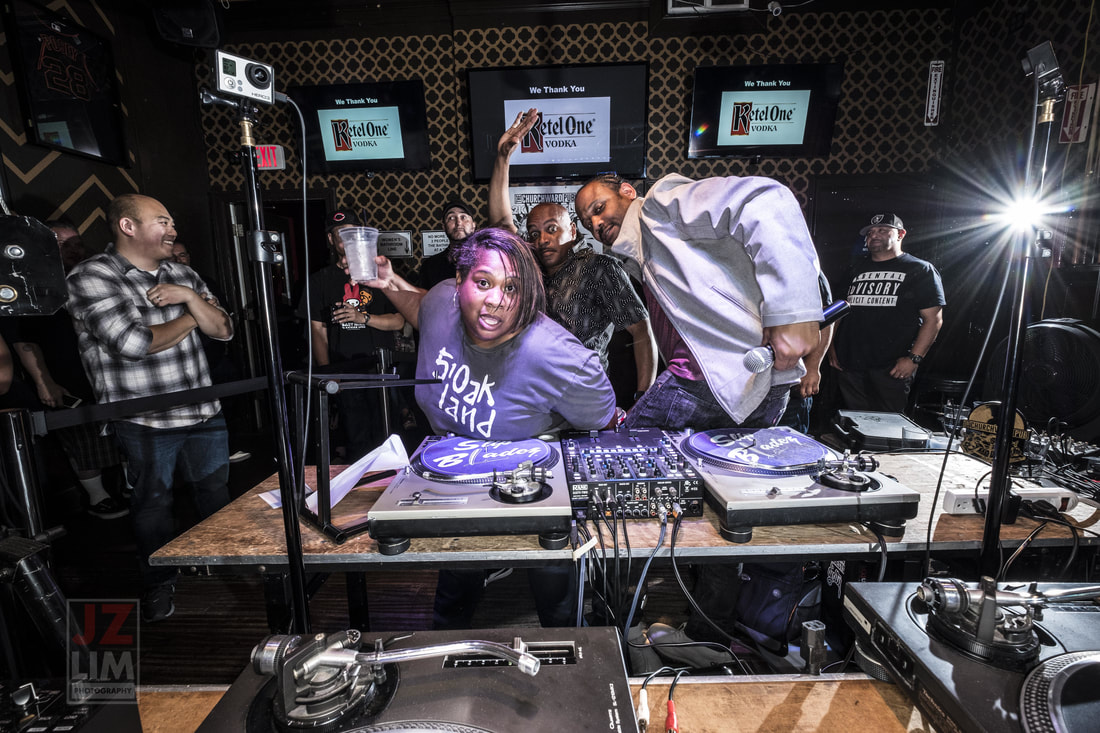